Why Make Prints? is the second series in our journal. We ask our artists why they choose printmaking and also why particular techniques and processes. Naomi Frears works across painting, printmaking and moving images, but printmaking underpins a lot of her work and process – ‘I’ve always believed that I think like a printmaker’, she said.

Believe it or not, I was thrown out of art college when I was 21 – it was a shock even for a lazy student like me. I was told to ‘grow up a bit and then come back’. That was the wake up I needed. After a year doing many things, including starting a cleaning co-op called ‘Dust Busters’ with a friend, it was printmaking that took me back to art school. I had a tutor who was always interested and was always there. His love of the craft was infectious, and I was never afraid to ask for help. I gained my confidence back and was absorbed in making collagraphs and screen prints. I eventually went on to win the printmaking prize from the art school – quite a shock a year after being a drop-out.

After art school, I went halfway around the world on a motorbike. This was back in the 80s. I started in Britain and finished in Australia, and it was quite a trip passing through the Indian subcontinent at that time – being a woman riding a bike caused astonishment, amusement and even a new insurance class in one country. In Australia, I was very lucky to find a job as an illustrator for a magazine – I had always thought that as a former art student I might be unemployable. When I was ready to come home, I knew I wanted to live in Cornwall, and again it was printmaking that welcomed me home – it was like falling back into someone’s arms.

At Penzance School of Art, I was taken under the wing of Sheila Oliner, who gave me an enormous amount of encouragement and guidance. It was through her that I and a few others became involved in setting up Porthmeor Print Workshop in the early 1990s – an open access facility that is still well used by artists today.

Through most of my career, I’ve worked with painting and printmaking, and I’ve always believed that I think like a printmaker. The process of breaking the image down to different layers and seeing it develop gives me a lot of opportunities to stop and think. Each considered step really slows you down and gives you time to keep changing the image until it works. Although things do and will go wrong, this process is the most natural one for me. Printmaking is a living thing and sometimes when I’m painting, I try to imagine I’m printmaking to remind myself of all the possible directions I could go in. When I started to work with moving images in the past few years, it all came quite naturally to me – making a film frame by frame, and seeing the imagery move and change, it really isn’t that far from my printmaking process. 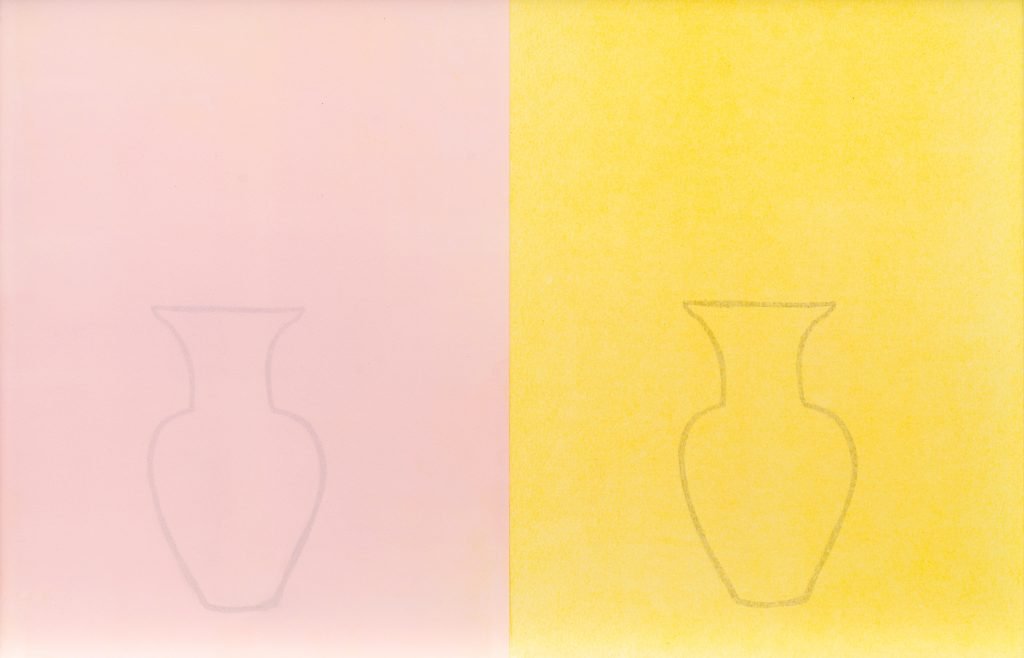 I love printmaking with other people. In the last few years I started to run irregular workshops called ‘Printmaking for Boys’ with a friend Ben Sanderson. The tagline is ‘it’s not just for boys and it’s not just about printmaking’. It’s about providing a supportive, informal, and social environment for artists to work together. It’s exciting to see the work that emerges from these sessions – and the conversations – it’s great. Printmaking is a wonderfully generous medium – there are so many things you can do, mono-printing, etching, linocut, woodcut, collagraph – there’s always a process that will work for you. It doesn’t matter if you have never done it before, the living and sometimes spontaneous nature of the process will always get you somewhere.  While the imagery develops, you talk to those around you, you share your ideas, you collaborate. That’s the beauty of working in a collective studio as well. Over the last couple of years, I’ve had a surprising array of people coming to the workshop. Artists who were doing some work at Tate St Ives or on a residency in Cornwall. Many had never made prints before. It has become a place of exchange and making connections.

Printmaking for me, is almost a symbol of how we live – it’s dynamic, it moves and changes and whether you’re riding a motorbike across the world or working in a studio with others – it’ all an adventure. You don’t always know what you will end up with, there are surprises along the way which may change your path, but you will always get something out of it. The next big thing for me in printmaking is to collaborate with someone who can expand my technical horizons. There is so much to discover in printmaking and every new technique unleashes something completely unexpected.