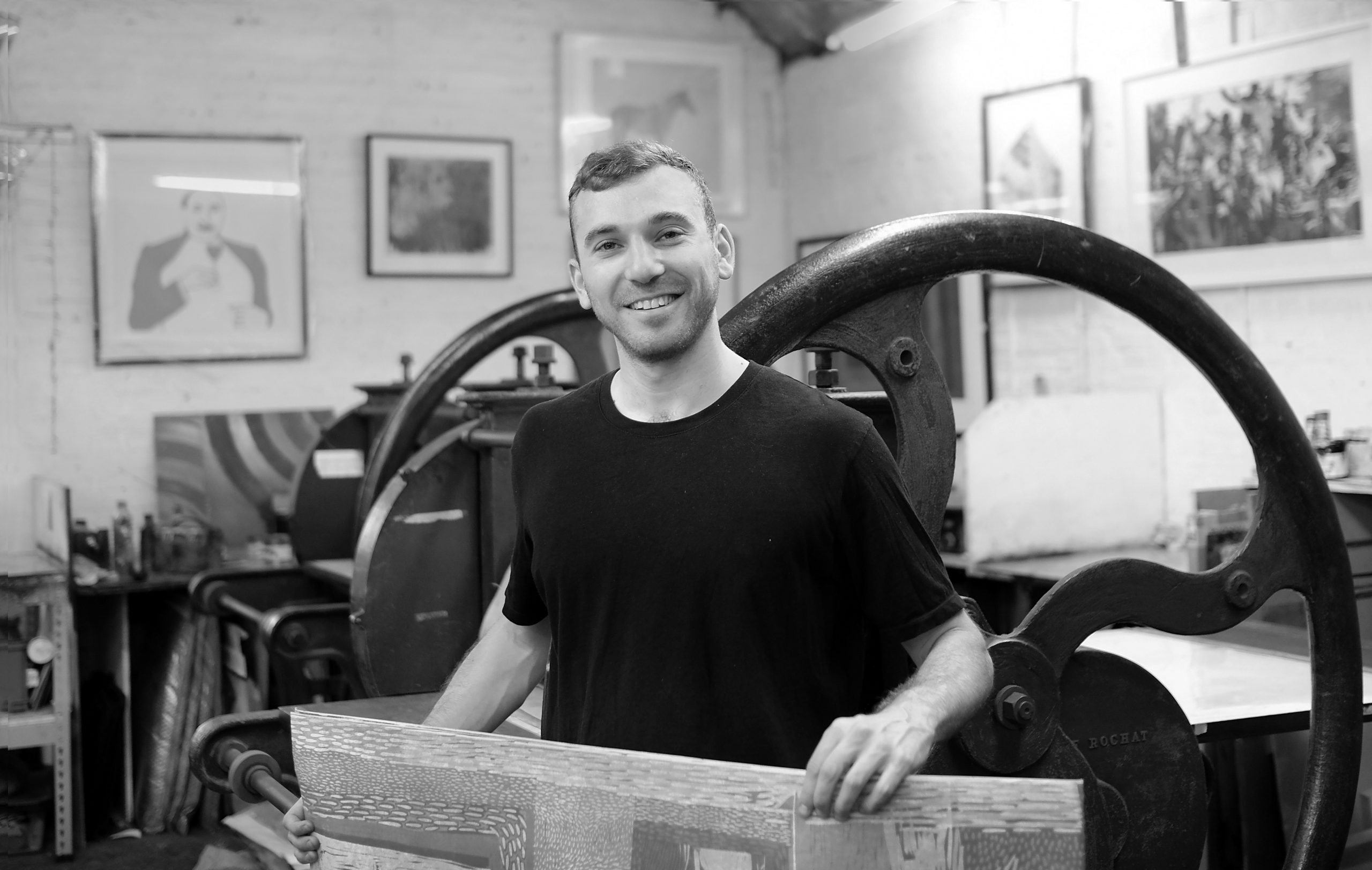 Artists
Back to all Artists

Jake Garfield explores the relationship between reality and fiction through printmaking.

Mirrors, masks, and pictures-within-pictures are recurring motifs in a body of work that blurs the distinction between the world of the artist, the world of an image and meta-worlds within an Image.

His ongoing woodcut cycle, EMERGING ARTIST, investigates the nature of self-creation and artistic persona. Expect to see figures painting their own faces, pictures hanging on walls and a lot of men called Jake.

Garfield is based in London and exhibits in the UK and internationally, including shows at El Segundo Museum Of Art (Los Angeles), Mercer Chance Gallery (London) and Christies (London & New York).

He teaches at institutions including Royal Drawing School, Royal Academy and Tate.