A Postcard from Berlin – Jake Garfield

In our Postcards series, we ask our artists to write us a ‘postcard’, in form of a few words and an image, from a place that is of significance to them and their work. First to feature is our newest artist Jake Garfield, whose work examines the blurred line between our reality and fiction.

My postcard is from Berlin.

My paternal grandparents were German Jews who both managed to leave in the 1930s. I have acquired a German passport for the first time and am just beginning to come to terms with that aspect of my identity.

As an artist who works in woodcut printing, the rich German tradition has been particularly influential for me: from Dürer, to the Expressionists (ie. Kirchner, Nolde, Heckel, Kollwitz) up to contemporary artists like Christiane Baumgartner and Andrea Büttner. This term I have been teaching woodcut at a design university in Ravensburg, so I have introducing students to some of their compatriots in exchange for local phrases. (‘das get mir auf den keks’ means ‘that really gets on my cookies’) 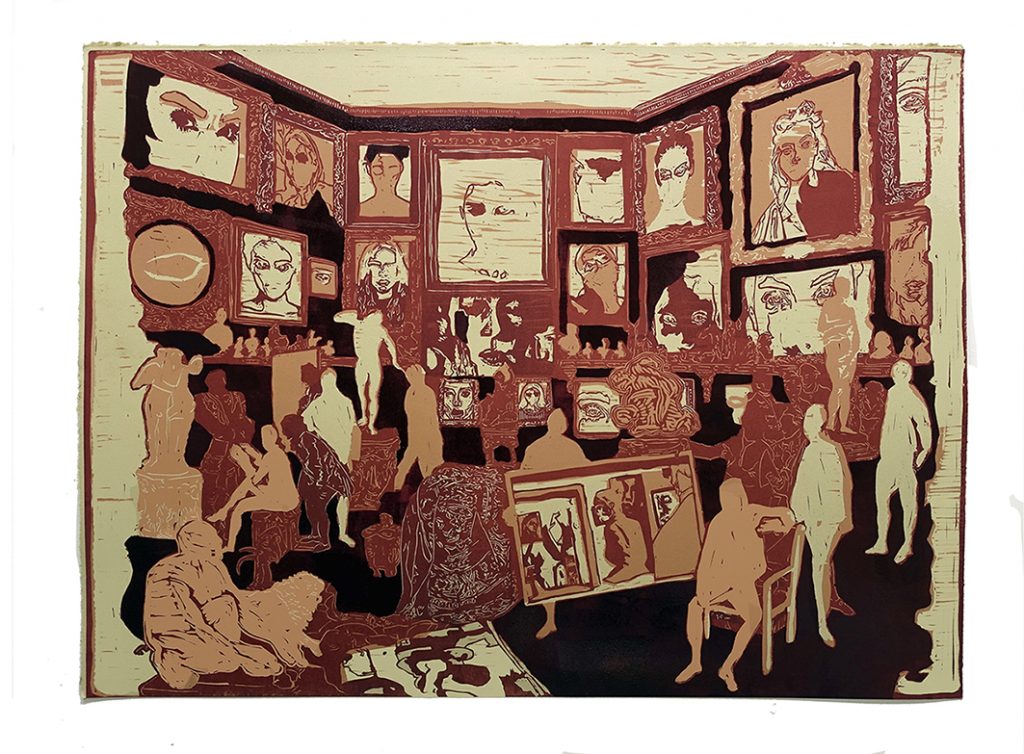 I’ve chosen Käthe Kollwitz’ The People (Das Volk) as my image, the final print from her War (Krieg) portfolio. Her series of seven woodcuts was made in the wake of the First World War, to which she had lost her son Peter. Rather than depicting combat, the images show those left behind – the mothers, widows and children. 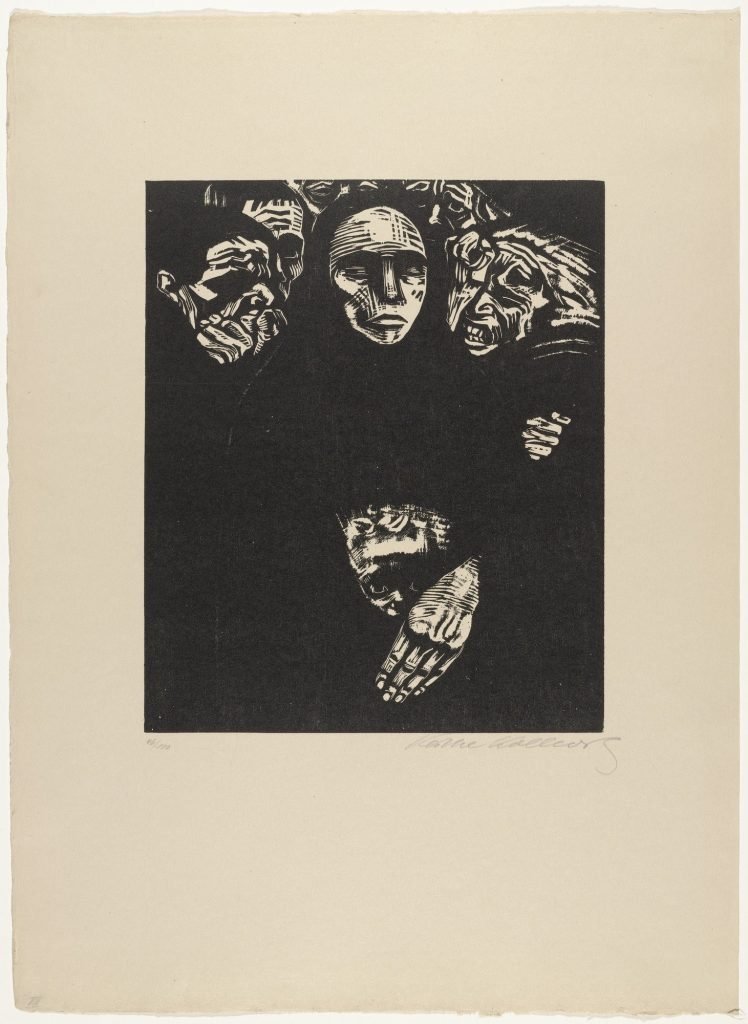 The People (Das Volk) (plate 7) from War (Krieg), Käthe Kollwitz
1922, Woodcut from a portfolio of seven woodcuts and one woodcut cover

Kollwitz worked and reworked the blocks before arriving at their final outcome, apparently through as many as nine or ten state proofs each. I try to take this as an example for my practice – a reminder of the power of patience and in allowing each piece to evolve in its own way over an extended period of time

Find out more about Jake here.